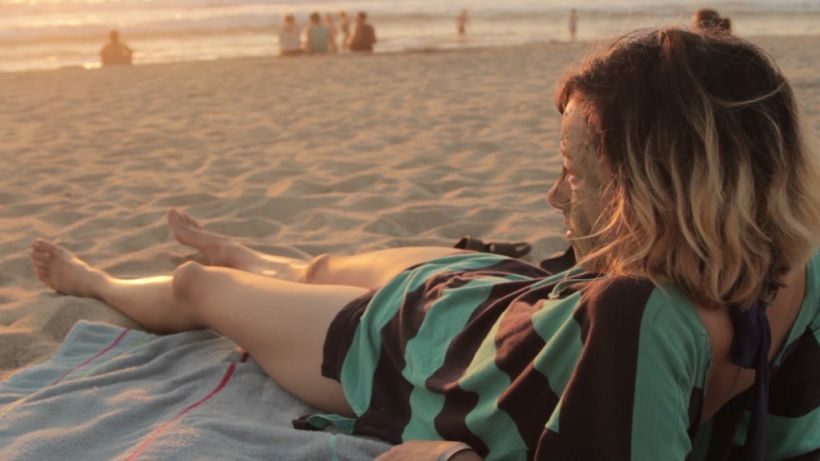 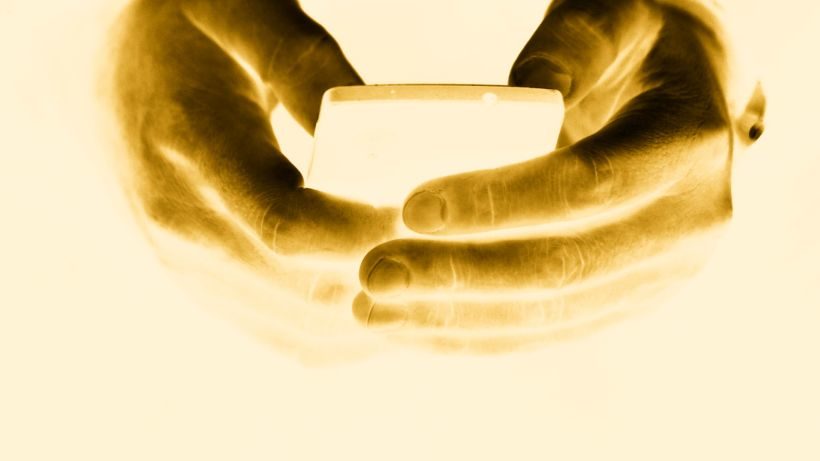 Marvelling at the everyday, such as chance refractions of light, passing shadows, or a carelessly dropped handkerchief being blown by the wind almost gracefully across the ground – in the face of our fast-moving world, these brief observations of random phenomena seem to have ever-decreasing significance. With hardly any place left in our everyday lives for pausing and perceiving all that plays out quietly in our immediate surroundings. This is not so with Gunter Deller, who has made the marvelling at everyday phenomena his filmic practice. Read More 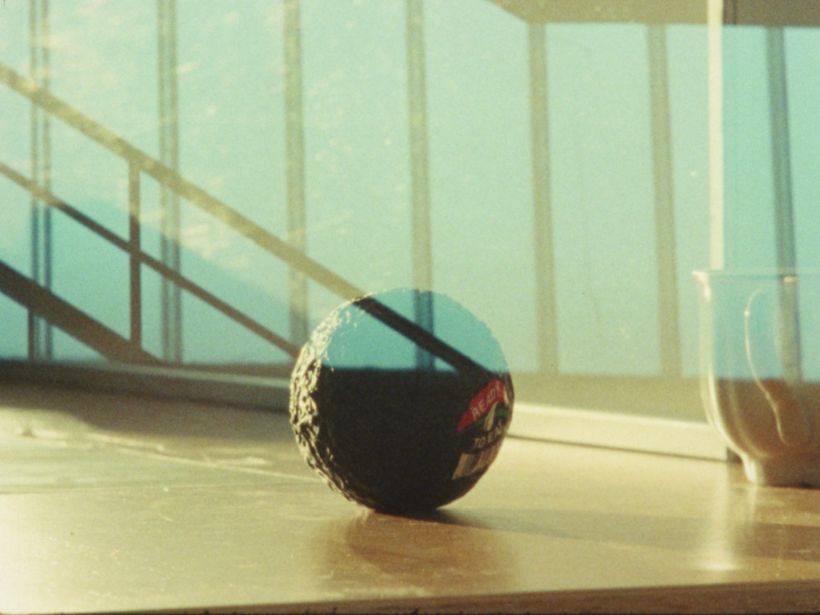 A fleeting view of a garden through a window. The sky a radiant blue, completely cloudless. A close-up of an insect, intently pursuing its purpose. In James Edmonds’ filmic universe,… Read More 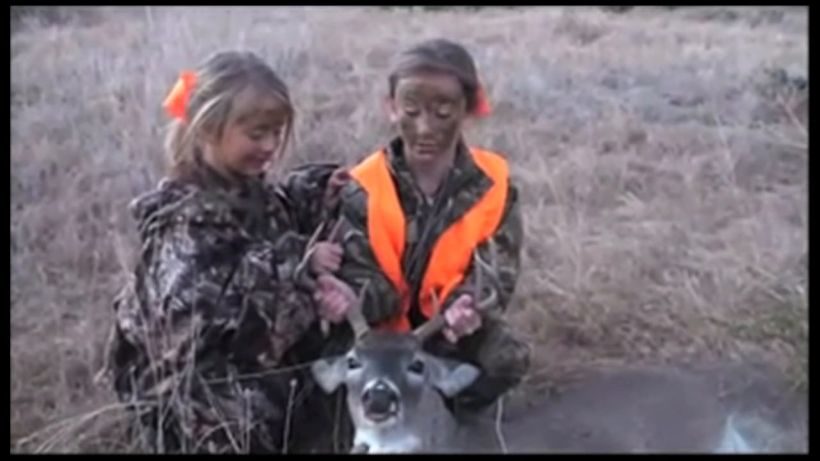 Just a lovely animal. In “Buck Fever”, a video work from the NEOZOON female artist collective, armed people kill non-human animals for pleasure, and then pose beside the carcasses for… Read More 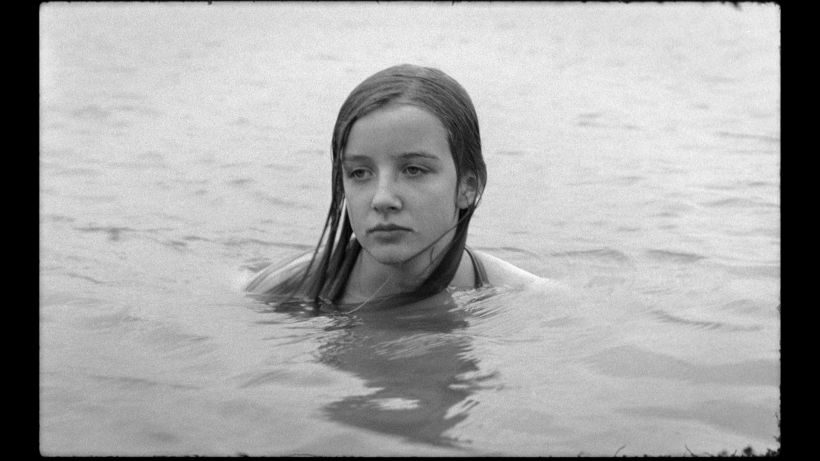 Spengemann, Eichberg, Goldkamp, Hans – four names arranged in a circle appear at the end of the credits of several short films that were made in the context of the HFBK Hamburg (University of Fine Arts Hamburg) since 2014. The four filmmakers flippantly describe the logo, composed of their surnames, as a “sticker”: a sticker can be attached to a film, but should not infringe upon it in any way. Read More 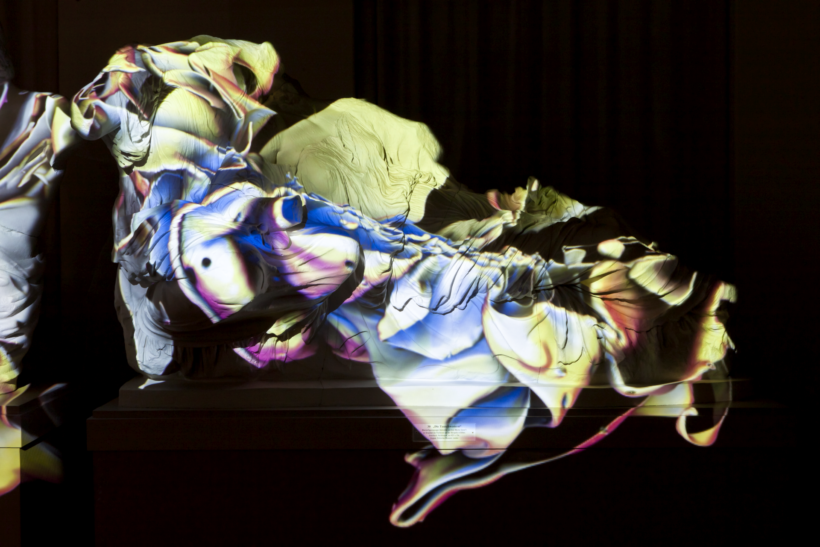 “I’d like to create images that fuel the illusions of memory,” says the artist Robert Seidel (1), who positions his work between film and projection art. This conflicting field of… Read More 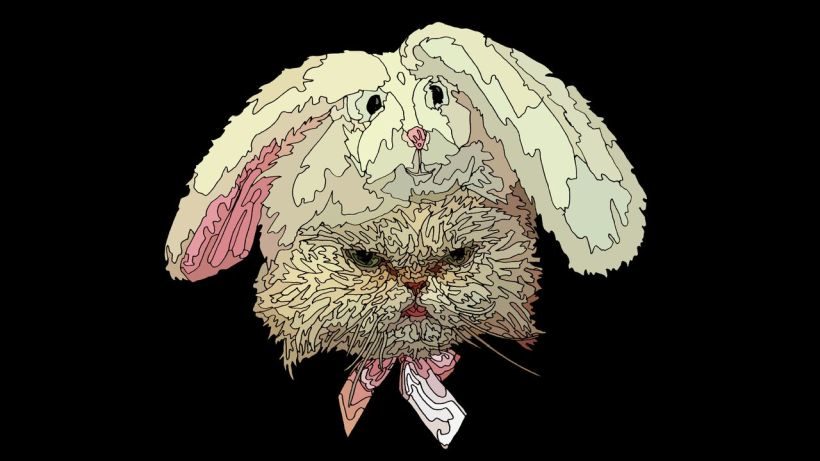 “I’m a fan of fast movies,” says Brenda Lien. She values aesthetic compositions that get to the point. Beauty videos and make-up tutorials, cat films and digital meditation sessions: Over… Read More 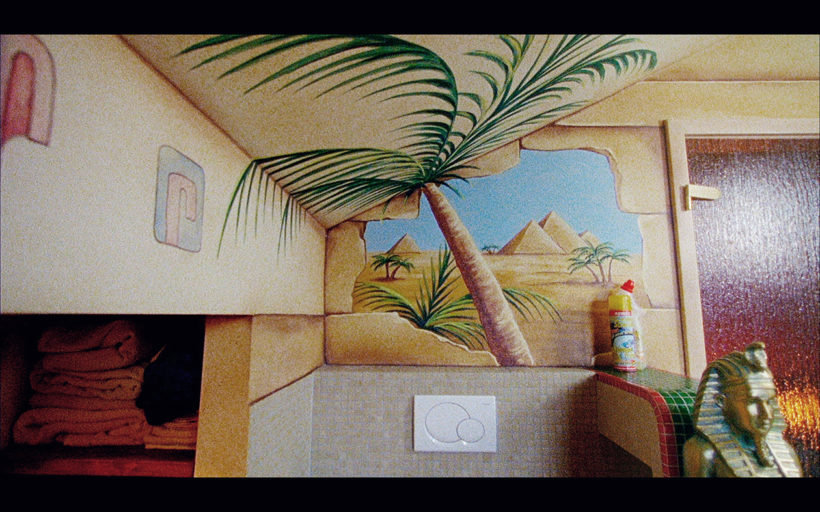 Lina Sieckmann and Miriam Gossing have known each other since their youth, having both grown up in the same small town and studied at The Academy of Media Arts Cologne (KHM). Still, it took years until they became a team in terms of their artistic endeavours. Read More 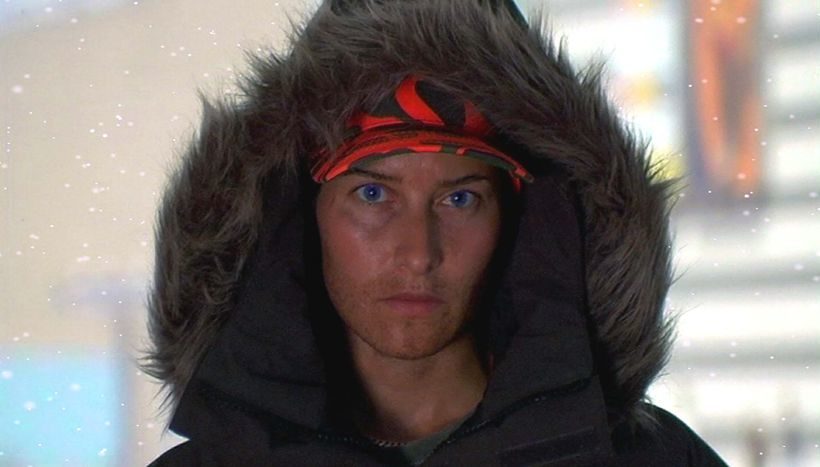 Since the beginning of the 2000s, Stefan Panhans has made a name for himself with works that refuse to be clearly assigned to an artistic genre or field of practice and entwine still and moving, as well as found and newly created images and spaces within constantly changing constellations. Doing so, he works with photography in which filmic plots are intimated, video installations that merge elements of theatre and computer games, texts that evolve like fictions you can enter, and performances that become films. He produces images of a present that is defined by the rhythms of goods and media consumption, that prefabricates their promises of salvation in the form of advertising, therapies and lifestyles and, doing so, fans the desires for the authentic and the immediate at the same time, and lets them ossify in their own clichés. Read More 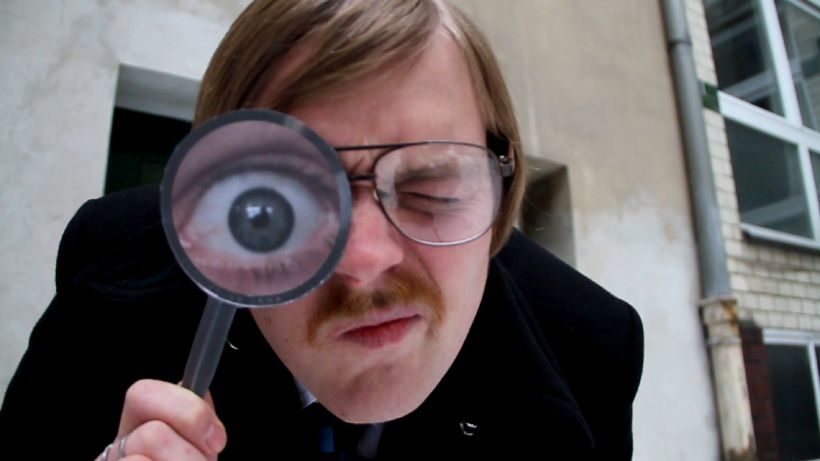 Just the first few seconds of this film are enough to create an all-pervading sense of oppression that predominates for the next 15 minutes. “Berlin Metanoia” is a dark, almost (hellishly) dreamlike trip into the innermost realms of a city that loves to market itself as young and cool, but which has lost its soul somewhere between hipsterism, tourist onslaughts and hype. In his latest short fiction film, which celebrated its premiere at the 2016 Berlinale, Erik Schmitt approaches the latent psychotic Berliner identity with an intensity that continues to reverberate for a long time afterwards. Read More 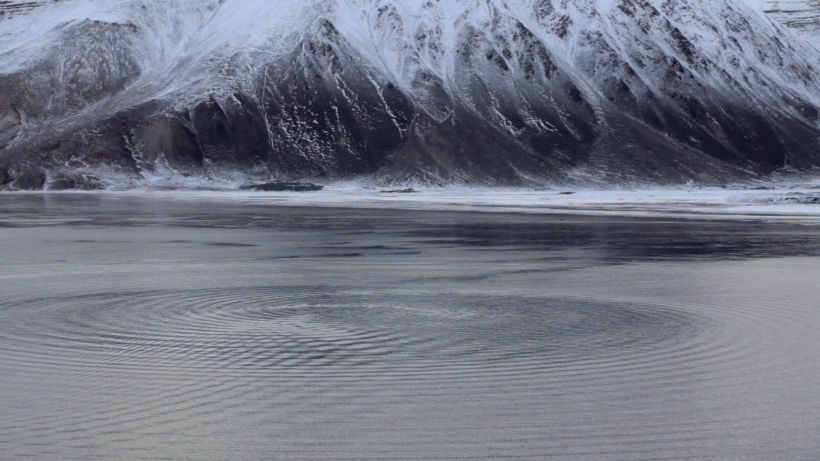 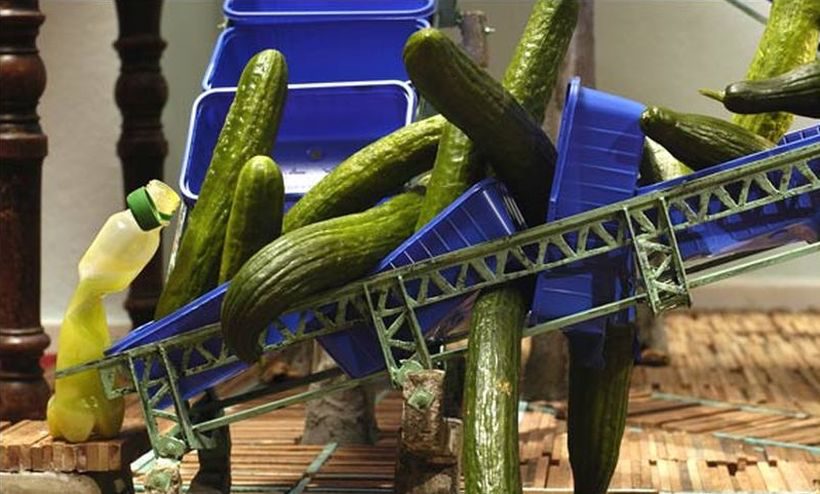 The films by Kyne Uhlig and Nikolaus Hillebrand are full of things that you would usually find in the kitchen or a closet. Gherkins march in step, spoons develop a dubious life of their own and lonely socks desperately search for their better halves. The filmmakers, who live and work together in Cologne and go by the name of “niky-Bilder”, prefer to use everyday as well as lost-and-found objects and breathe new life into them for their animated films – and that’s especially practical considering that they live right next door to their studio, making it easier to, whenever the need arises, place the contents of their domestic cupboards in the spotlight. Read More 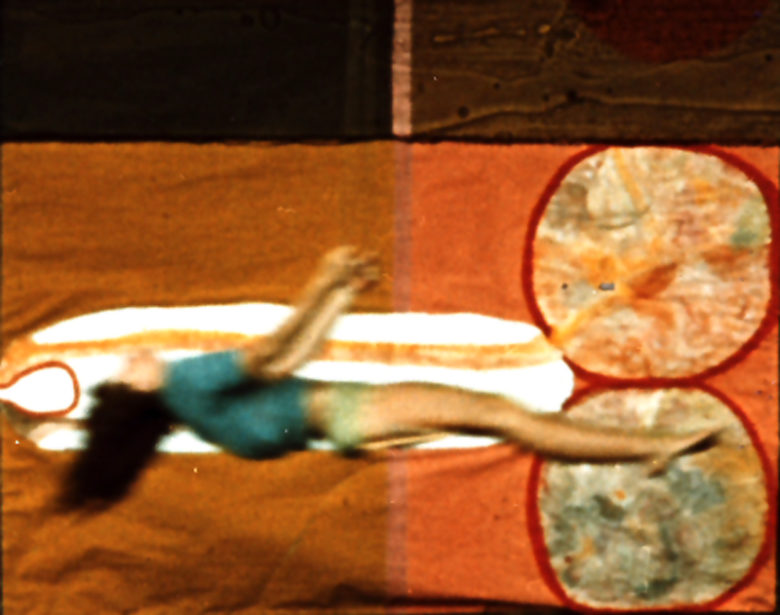 When Werner Nekes died on January 22nd, 2017 the film world not only lost an artist but a scholar too. Just as there are painters simply in love with colour… Read More 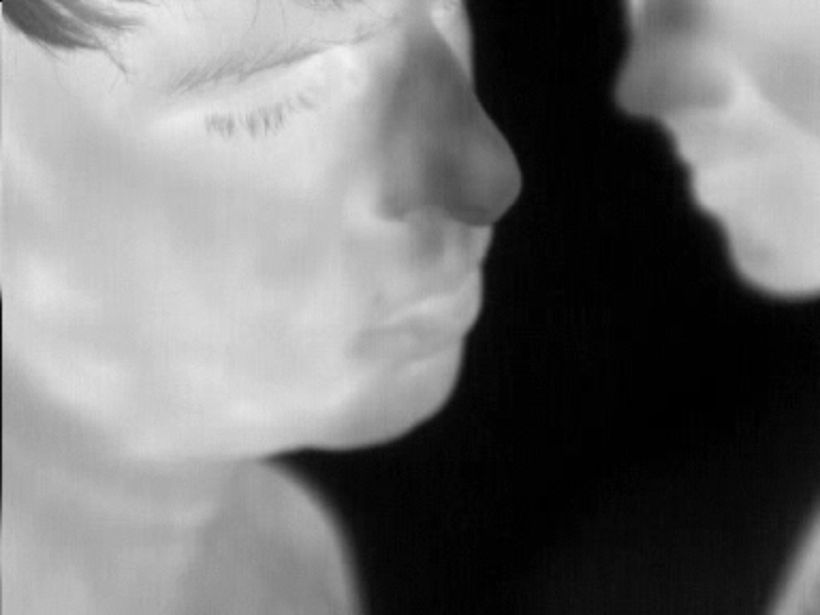 The artist Vika Kirchenbauer engages in something that is probably rather akin to the idea of critical art – including all the obtrusiveness and potential inherent in such a concept…. Read More 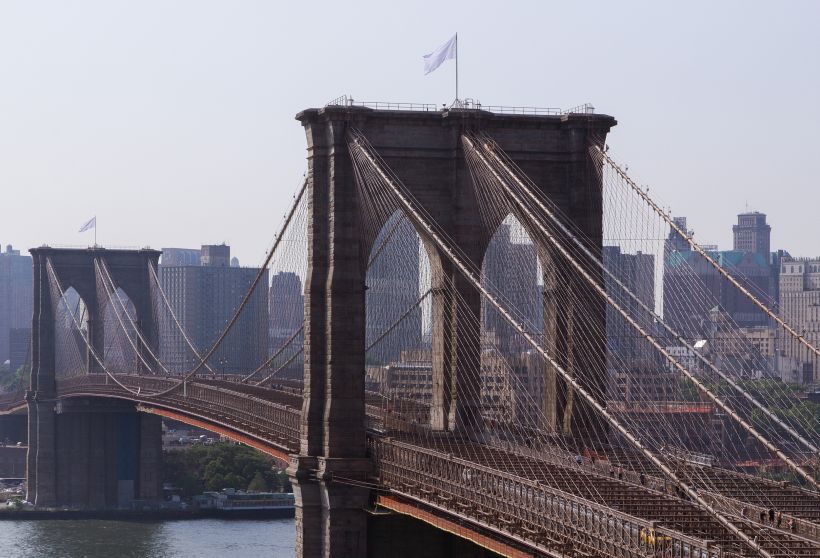 In response to the question of how best to call the art made by Matthias Wermke and Mischa Leinkauf, after a lengthy discussion both reply: sculpture. (In German, the word for sculpture is Bildhauerei, which literally translates as “image-hewing”). While not meant entirely seriously, it sounds funny and nails it surprisingly well. Firstly, the description contains the kind of dry humour that is quintessential to the Berlin artist-duo’s work. Read More 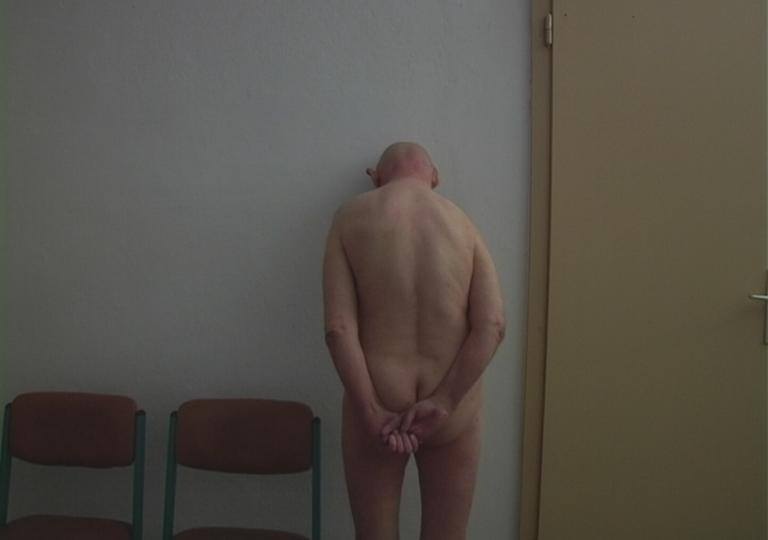 When writing about the depiction of pain in the world, Susan Sontag once spoke about “regarding”. In “Regarding the Pain of Others”, she focused thematically on reactions to images, the responsibility when seeing, as well as on philosophical positions on a realpolitik geographical map. Read More 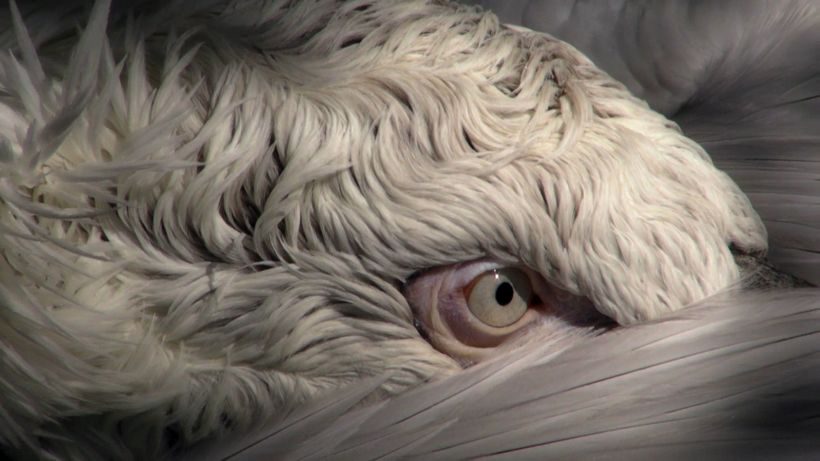 Ulu Braun is based in Berlin and his work is represented at both film festivals and in the art world. He perceives this double-track approach as a privilege, allowing him the freedom to experiment and broaden his own horizons by regularly traversing boundaries. Read More 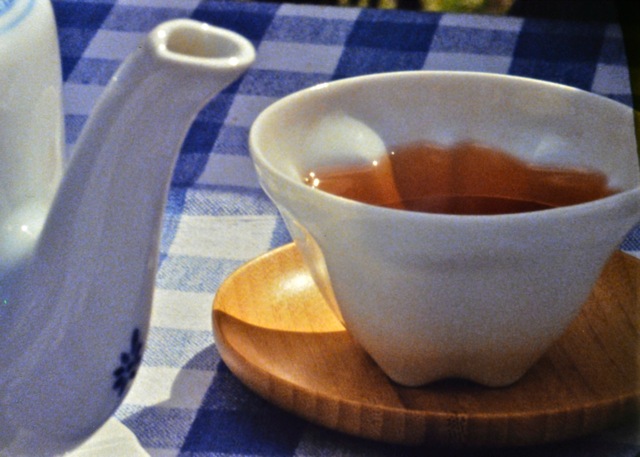 Her films possess a particular consistency: They are comprised of light and colour, even when black/white. The camera feels surfaces and allows us to share in their texture and materiality, take pleasure in them, perceive them differently. Read More

Izabela Plucińska uses modelling clay to create detailed worlds that are as magical in appearance as they are down-to-earth. Worlds that come alive on the big screen in short animated… Read More 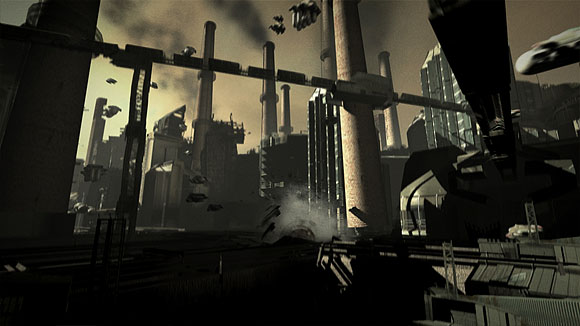 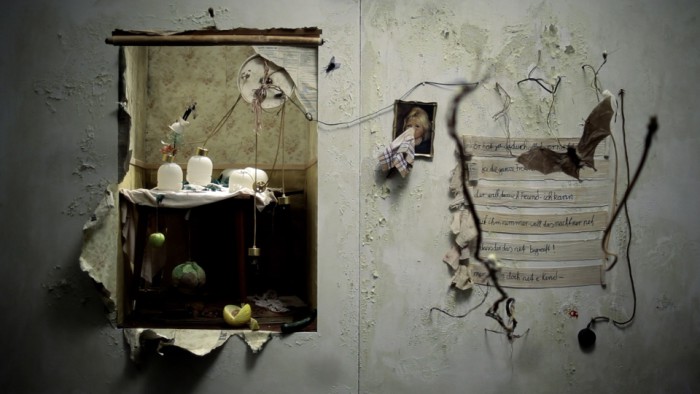 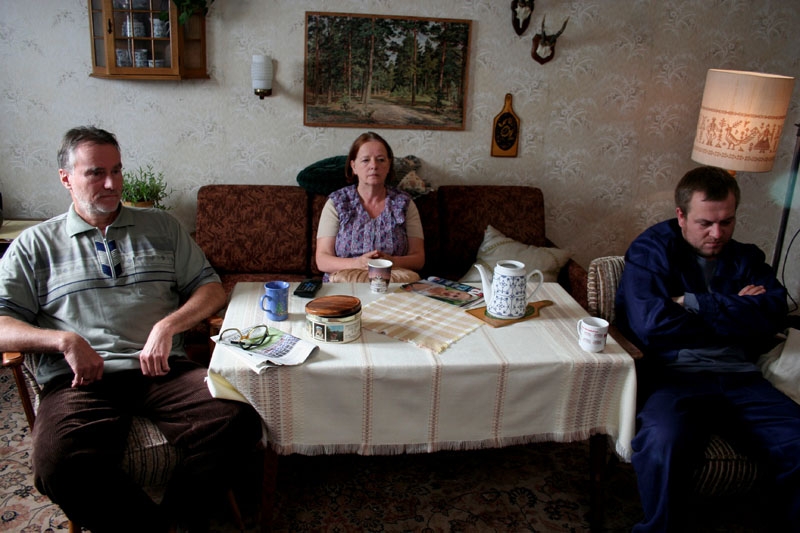 Great art doesn’t need many words – Olaf Held and his short films What might a filmmaker have in mind when he chooses to call a three-minute work SHORT FILM?… Read More 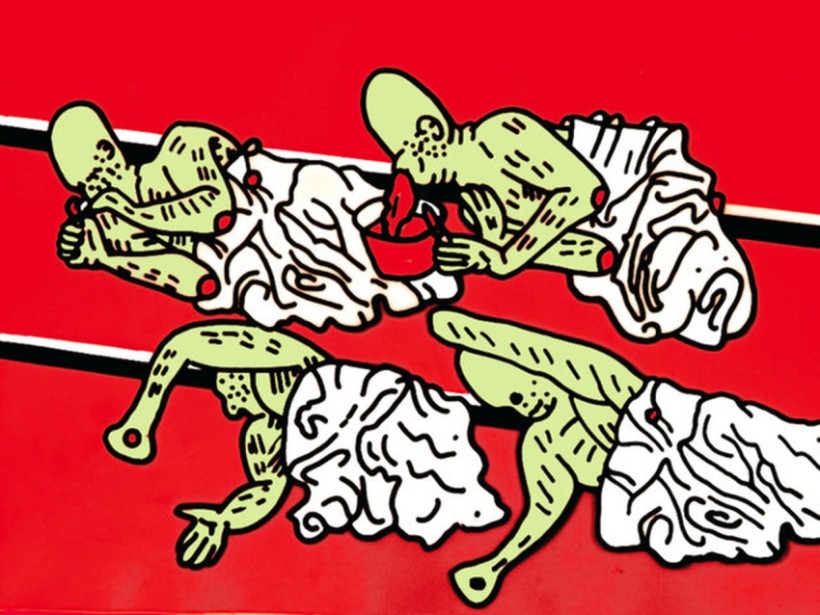 Critical wanderer between artistic worlds She added it all up once. Reduced her artistic work to a simple sum of minutes of film produced. It came to just twenty minutes… Read More 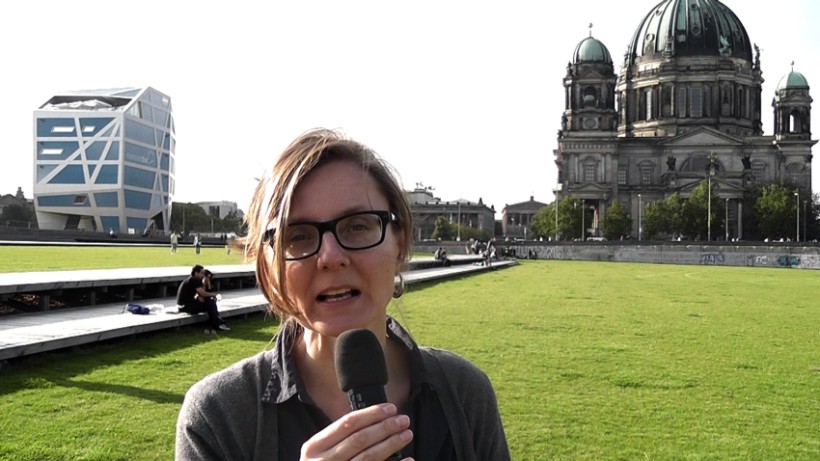 The (Un-)Mistakable Marion Pfaus likes to play with different identities. On her website, the Berliner by choice coyly asserts that she is constantly being mistaken for someone else. Indeed, for… Read More 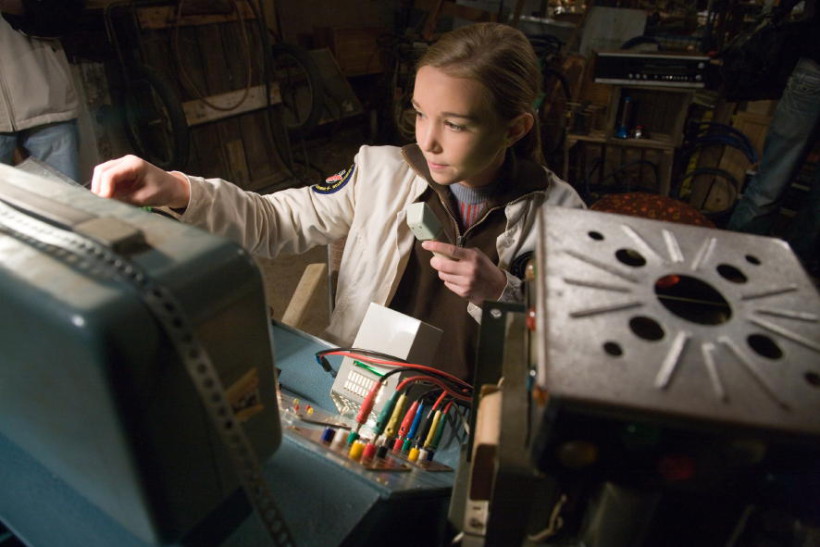 Short films for kids Children watch too much television. Ten-year-olds sit in front of the box for an average of over 100 minutes a day. Everyone agrees that escalating television… Read More 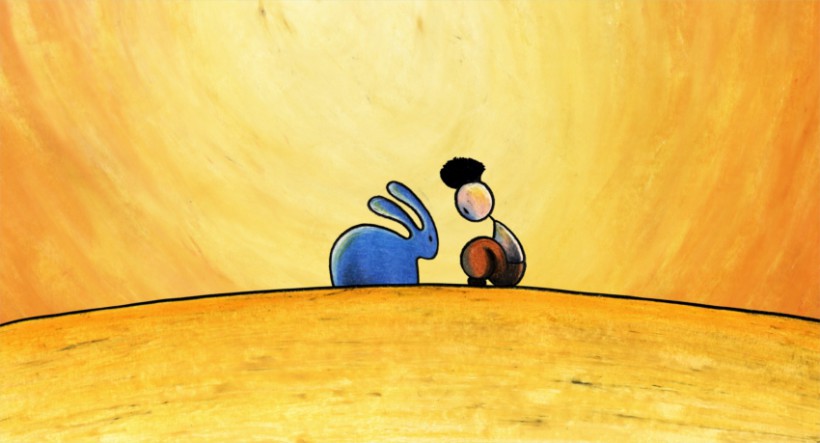 On the art of creative equilibrium There’s a simple rule in the animated film business: if you want to live from animated film, you have to master the balancing act… Read More 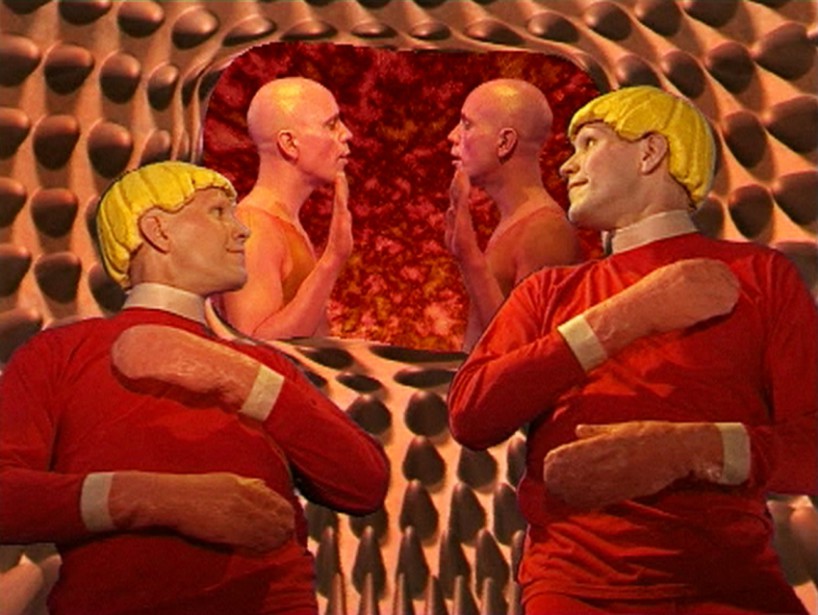 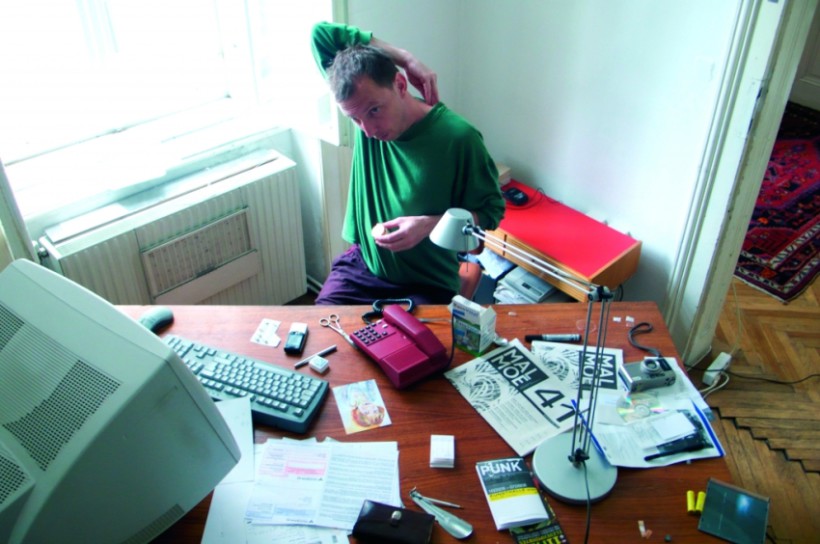 The Grass Is Always Greener on the Other Side Elke and Iris are old friends who have lost track of each other somewhat over the years. Both are fast approaching… Read More 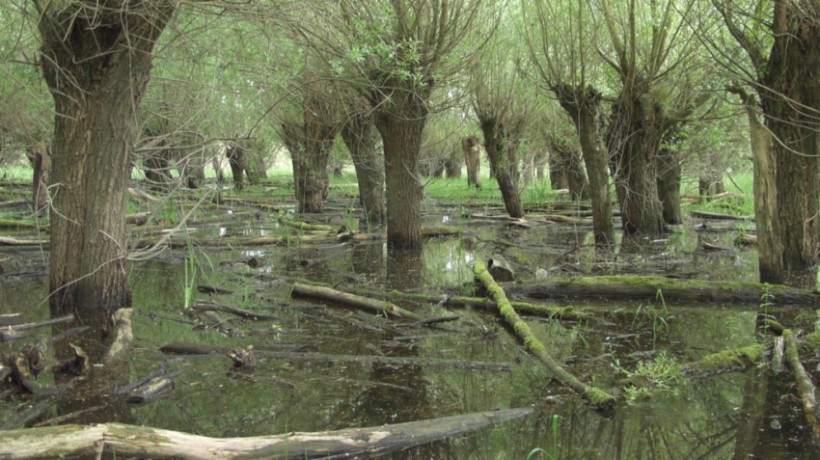 Films from the depths of the subconscious Pale green water washes over the camera lens, forming bubbles as it subsides. The lens seems to gasp for air several times before… Read More 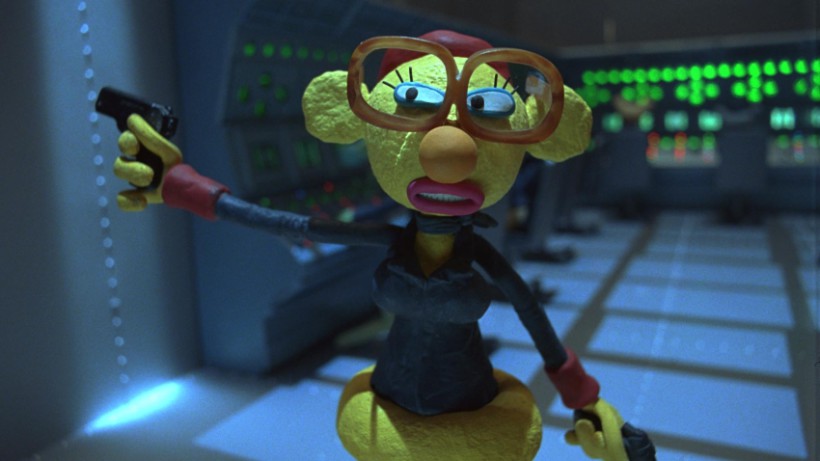